The British drink a lot of tea, as we know. So it makes sense that the wooden boxes used to carry tea leaves from India would be all over the UK, especially but not exclusively near seaports.

They’re big sturdy crates, often with picturesque stencils evocative of faraway places. A stick at the corner with a single string attached creates the necessary conditions for sound, with a rather muffled pitch identity that makes it perfect for the enthusiastic amateur.

The tea-chest bass was integral to skiffle, the British DIY genre which had such a profound influence on Western popular music. 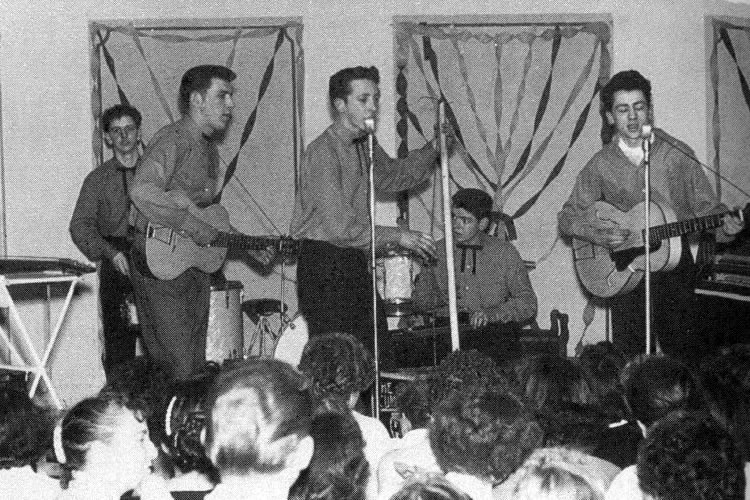 Roy Trafford, playing the tea-chest bass, front and center in a late-50s photo of a skiffle band. The skinny little guy playing second drums at the far left is named Richard Starkey; you may have heard of him.

Changing pressure on the stick will change the cord’s tension, making for changes in pitch (albeit somewhat muffled and unclear).