The sound of frogs at dusk in Kubah National Park in Sarawak, Malaysia: 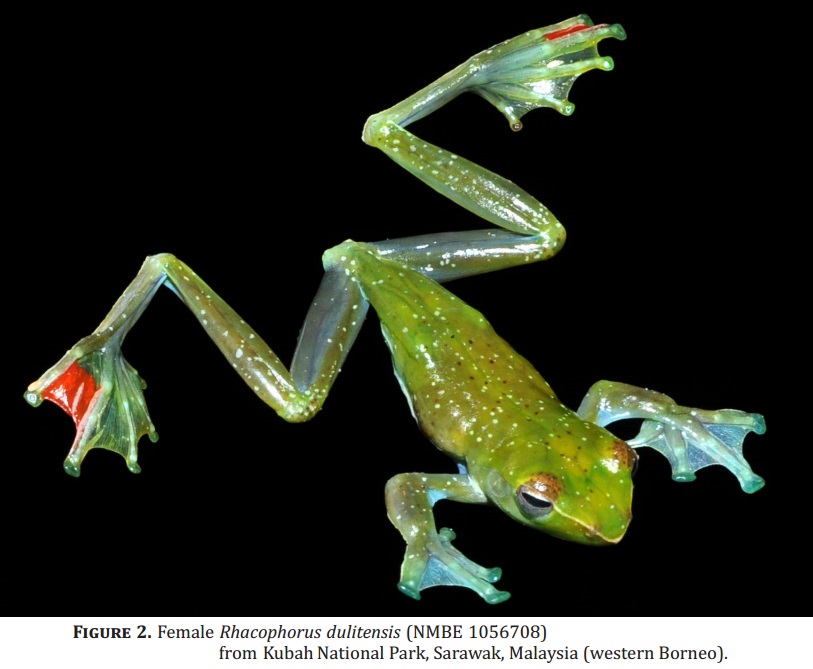 As well as huge Belian trees, you can see a wide variety of plant life, including, gingers, unique giant mushrooms and beautiful climbing figs and rattans. The large number of fruiting trees – such as durian, rambutan, cempedak (jackfruit), figs and salacca fruit – contributes to a wide variety of birds and animals. Hard-to find forest birds including the maroon woodpecker, white rumped shama, chestnut-naped forktail, and rufous-collard kingfisher are often heard and seen, and giant squirrels are frequently spotted jumping from tree to tree.

Naturally, all is not well in the tropic paradise. To cite just one example, a corrupt timber baron named Abdul Taib Mahmud is working overtime in league with the state government to ensure the construction of “mega-dams” in the forests of Sarawak.

A group of non-governmental organizations have been mobilizing into action against the madness. During the runup to a global day of action last October, they released a statement which included the following useful points on how giant hydroelectric structures are anything but environmentally friendly:

The state government is justifying its mega dam development policy in support of the Sarawak Corridor for Renewable Energy (SCORE) industrialisation plan, purportedly to elevate its people out of poverty.

The benefits of mega dams had long been debunked and studies had shown that the release of methane from rotting organic matters as a result of damming the rivers is contributing to global warming. Methane is a potent greenhouse gas with a 20 times global warming potential compared to carbon dioxide. Large swathes of forests, which acts as carbon store and absorb carbon, are also sacrificed when they are drowned.

SCORE is a sham

It is a great injustice to the indigenous communities that are forced to relocate to make way for these energy projects that they are robbed of their native customary rights to land, their livelihoods and their cultural identity, yet ironically, denied their basic rights to electricity.

Furthermore, it is a double insult to them when SCORE boasts of being able to attract investors with cheap electricity generated by these dams.

From the controversial Bakun Dam to the current crisis at the soon-to-be completed Murum Dam, and to the insistence to construct Baram Dam despite the peoples’ clear objection, the state government has amply shown to the world that it will continue with the development model that worsen climate change and trample on the rights of the indigenous peoples.

The annual Rainforest Music Festival in Sarawak sounds worth a visit:

The Rainforest World Music Festival is an annual, three-day event in Sarawak, Borneo, showcasing bands and performers literally from every corner of the world. From local native chants and African dance to American folk music and percussion troupes — the always-evolving lineup each year at the festival blends culture with an opportunity to dance and sweat with more than 20,000 people from all over the world!

Began in 1997, the Rainforest World Music Festival was voted by Songlines to be one of the top 25 music festivals in the world. Unlike other festivals where musicians are swept away to hide backstage after their performances, you’re likely to see the stars walking around, participating in intimate jam sessions during daily workshops, and simply enjoying the show along with their fans.

The price of entry — already a bargain — includes a full day of demonstrations, workshops, and fun before the shows begin around sunset. Two stages keep the evening action going without the usual intermission as bands change over.

While the instrument has traditionally been played exclusively by males, women are overcoming the barriers, as demonstrated by Emma Ruran Raja:

For a marvelously evocative effect, play the frog sounds and the Sape trio simultaneously.