Another in the dishonor roll of the world’s most heavily polluted sites is the Niger Delta, at the mouth of the River Niger. Before the nation of Nigeria came into existence, the area was the largest point of export for the slave trade, thereby marking it with bad karma for the centuries to come.

Although the 21st century’s energy economy has replaced brutally oppressed human laborers with “energy slaves,” the Niger Delta remains one of the focal points of the system, and it’s a pretty brutalized place:

Diverse animals and plant species, which are native to the area, are now threatened with extinction due mainly to very serious ecological damage caused by over fifty years of crude oil exploration and extractions. Other consequences of this include negative impacts on the fertility and life span of inhabitants in such a manner that life expectancy is falling and the birth of abnormal babies and plants has increased. Malnutrition is a major problem especially among children. Water-related diseases and waste disposal practices constitute serious problems throughout the area. Studies of the six major causes of death in Nigeria (measles, malaria, pneumonia, tetanus, dysentery and tuberculosis) indicate that the coastal area constitutes a zone of disproportionately high mortality proneness to these diseases. HIV/AIDS is also a significant problem with the UN estimating that there are 930,000 HIV/AIDS orphans in Nigeria.

The impacts of the oil industry have led to the Niger Delta becoming the most underdeveloped region in Nigeria. The Nigerian state and the oil companies such as Shell, ExxonMobil and Chevron continuously use diplomatic overtures to evade taking responsibility for this state of disrepair. On the one hand the Nigerian government has been consistent in making diplomatic calls and appeals to the oil companies to develop the region and ensure good relations with the people. On the other hand the companies welcome the calls but argue that since they pay huge grants to the federal government, the onus lies on government to take responsibility for the upkeep and development of the Niger Delta region. It is against this background of internal colonialism that current resource control and minority agitations in the Delta have become increasingly virulent and violent, with repeatedly bloody repercussions. The current wave of kidnappings and instability in the Delta puts security in the region on a par with Chechnya and Colombia.

An economy built around the myth of “cheap” energy ensures only that rich people pay less for their electricity than poor people do, that developed countries can export the damage their consumption habits cause, and that out of sight is largely out of mind.

Where there’s water, there’s fish, of course. Although the steady increase in oil contamination in the Delta is wreaking havoc on the fish population, there are thousands of people who make their lives on the waters.

The Niger River Delta, formed when the Niger flows into the Gulf of Guinea, is one of the largest deltas in the world. The Niger Delta extends over about 70,000 sq km and makes up 7.5% of Nigeria’s land mass.

The Niger’s relatively nutrient-rich, silt-laden whitewaters converge with the black and clear waters carried by other tributaries, creating an ecosystem that supports nearly 200 fish species. The delta lies at the crossroads of 2 distinct types of habitat for African fish. 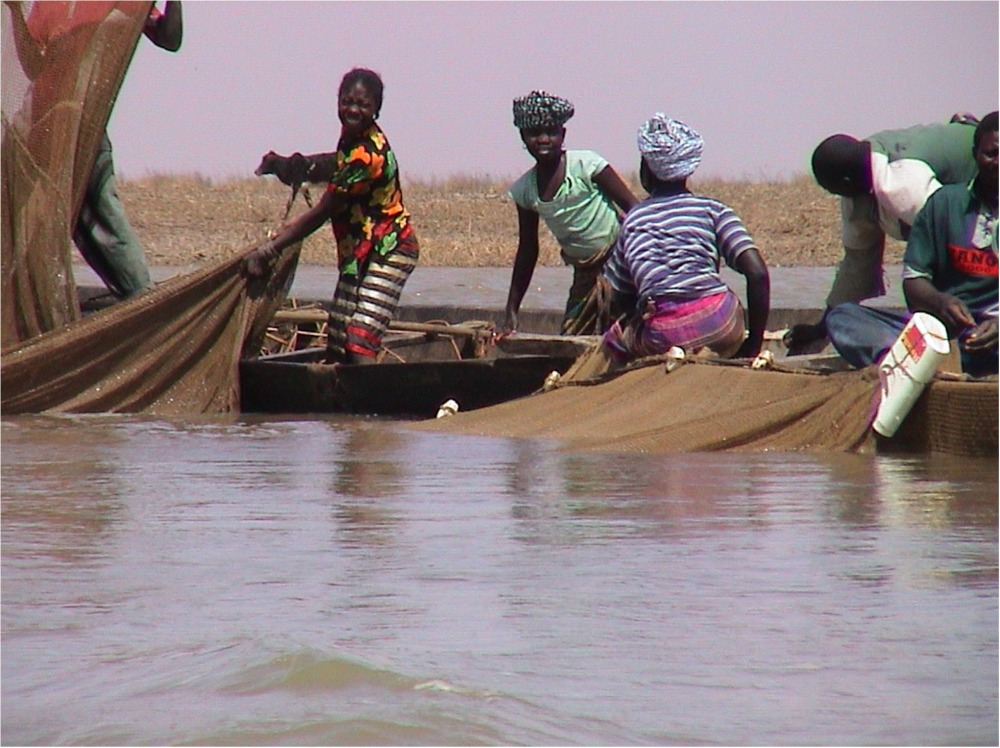 An institutionalized Petrocracy ensures that violence and oppression are the default condition, with human, animal, and plant lives all subject to destruction at a moment’s notice.

The Nigerian government’s military crackdown against the theft of crude in the Niger River delta has left more than a 1,000 makeshift refineries in flames, worsening pollution in the area, authorities said.

The fact that some of the most beautiful and powerful music on the planet comes from this part of the world makes for an unbearable irony.